God, Reason and Our Civilizational Crisis 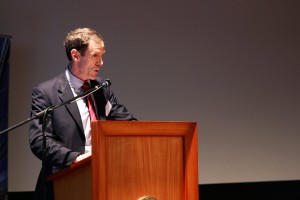 The way that a culture understands the nature of God shapes its conception of man, reason, and society. Though this presents enormous challenges for the Islamic world, it also has significant implications for the sustainability of Western civilization.

In 1992, the political scientist Samuel Huntington ignited a debate among scholars of politics and international affairs when he proposed that civilizational differences would be an increased source of conflict in a post-Cold War world. Widely seen as a competitor to the “end of history” thesis proposed by Francis Fukuyama, Huntington’s argument was developed in the pages of Foreign Affairs before being expounded in book form in 1996. It acquired more traction—and criticism—in the wake of 9/11 and Islamic jihadism’s subsequent expansion across the globe.

Leaving aside the specifics of Huntington’s thesis, his very use of the word “civilization” was one point of criticism. The expression implies that some cultures are more advanced than others. In an age when many are in thrall to various versions of moral and cultural relativism, this doesn’t go over well.

One criterion by which a culture’s civilizational attainments are often assessed has been the extent to which it gives scope to man’s capacity for reason. National Socialism’s Nietzschean glorification of an untrammeled Will of the Volk and the State, not to mention the regime’s efforts to exterminate entire categories of people, reflected a thoroughgoing irrationality; thus the absurdity of the Third Reich’s claims to be promoting European civilization. Less appreciated, however, is the extent to which a society’s capacity to embrace full-bodied conceptions of reason depends heavily upon the dominant understanding of the Divine prevailing in that community. In that regard, modern Western civilization may be more at risk of cultural decline than many presently realize.

No culture is without its blind spots. The Roman Empire embodied many errors, such as slavery and a widespread contempt for human life. These and other features of Roman society were called into question first by Judaism and then by Christianity. Yet even today we continue to refer with admiration to Roman civilization and its many accomplishments. By contrast, no one speaks of the former Soviet Union or Castro’s Cuba in these terms. In short, most people do recognize that, at some level, there are qualitative differences between societies and cultures.

On one level, civilizational preeminence can be understood in material and technological terms. Civilization, however, has always implied more than technological prowess. The Greeks and Romans didn’t refer to outsiders as “barbarians” simply because of the latter’s apparent military inferiority. Educated Greeks and Romans also believed that certain aspects of their own cultures, such as the forms of government developed in the Greek city-states, the legal institutions forged by Rome, and the singular philosophies developed by thinkers such as Aristotle and Cicero, accorded with the truth about how things should be and therefore constituted a standard by which to assess other cultures.

Hence, when Alexander the Great started adopting Persian dress and demanding that his Macedonian soldiers accord him the honors given to Asian potentates, the historian Arrian records that Alexander was openly criticized by some of his officers. In their view, one of the greatest warriors of all time was embracing habits they considered to be decadent precisely because they were incompatible with the Greek attachment to liberty, however imperfectly realized. Freedom, to their minds, was an intrinsically superior state of existence to one characterized by the despotism that had marked the far wealthier but defeated Persian Empire.

To grasp fully, however, the tensions between and within civilizations that preoccupied Huntington, greater attention needs to be given to how different cultures understand the nature of God. The word “culture” is derived from the Latin cultus, which broadly means “religious customs” or “rites.” This illustrates that religion, in the sense of views about the Divine, is truly at the heart of any culture.

A particular religion’s concept of the Divine thus cannot help but profoundly influence the societies in which that faith prevails. The Greco-Roman world, for instance, generally lacked the biblical notion of God as the Creator. Consequently, it did not view humans as “co-creators” working to unfold a still-unfinished creation in human history. This is one reason why the Greeks and Romans, unlike the Jews, viewed manual work and commerce (as opposed to politics and war) as the responsibility of slaves, women, and other non-citizens.

Especially important, however, is the way a religion’s understanding of God affects its appreciation of man’s capacity for reason. This theme was central to Benedict XVI’s discussion of the relationship between violence and religion in his 2006 Regensburg address. If a religion does not regard God at some level as Logos—Divine Reason—rather than just an unmediated raw Will, then that faith’s capacity to dispute the reasonableness of those who, for instance, decapitate hostages, burn prisoners of war to death, gun down cartoonists, slaughter Jews shopping in kosher markets, and then claim religious warrants for doing so is, at best, questionable.

In his 1951 book Man and the State, the philosopher Jacques Maritain argued that it was necessary, on a political level, for all faiths and philosophies to agree that “violence is irrational,” but not to focus on why any particular religion or philosophy might believe this to be the case. Yet Maritain himself conceded that, sooner or later, different religions and philosophies needed to address the issue at the level of theory if such agreement were to hold politically.

Most contemporary discussion of these matters has focused, with good reason, on the connection between Islam’s view of the Deity and Islamic violence. Less attention, however, has been paid to the way in which the West’s own loss of a sense of God as Logos helps explain why much of it seems to be living in what Robert P. George aptly describes as an “Age of Feelings.” Violence isn’t, after all, the only way in which profound irrationality can be expressed.

Love and Reason, Sentimentality and Unreason

The two faiths at the core of Western culture—Judaism and Christianity—have long held that man is the imago Dei. It’s worth asking, however, what happens to the way the West understands man’s specific qualities as imago if the Deus becomes conceptualized, for instance, primarily as a bundle of emotions and empathy instincts.

To different degrees and in varying ways, Judaism and Christianity express understandings of the Divine that accord significant places to love. But when the God who reveals Himself to Moses names Himself as “I-AM,” this underscores that the God of Abraham, Isaac, and Jacob isn’t a fable, that is, an account of the world that doesn’t confirm to reality. Instead, Yahweh’s very be-ing can be apprehended, albeit in limited ways, by man through the light of reason. Appreciation of this insight may help account for why the Jews understood certain things far more clearly and earlier than the Greeks. As John Finnis pointed out (following the lead of the French philosopher Claude Tresmontant) in his 2014 Anscombe Memorial Lecture:

The Jewish people and their true prophets in fact reached a settled and superior understanding of the universe’s origins, and of its natural intelligibility, centuries earlier than Greeks and their philosophers reached their own standard and in substance (result, not method) inferior understanding.

Christianity is very explicit that caritas surpasses knowledge. But Christianity’s God of love doesn’t cease to be Logos. The use of the expression “the Word” at the beginning of John’s Gospel reminded its heavily Gentile audiences that this Gospel was a communication of Divine Reason. Only created beings with more than instrumental reason can be receptive to such a Deity. Likewise, Paul’s reference in his Letter to the Romans to the law inscribed on all people’s hearts led many of the earliest Christian thinkers, such as Theophilius of Antioch and Irenaeus, immediately to draw links between the Decalogue given to Israel by I-AM—a Decalogue forcefully reaffirmed by Christ and Paul, especially the negative commandments inscribed on the second tablet—and the idea of natural law written into man’s very reason itself.

A World without Logos

Once, however, Logos as a prominent dimension of God’s nature starts fading from Western culture’s horizons, what is left? There appear to be three possibilities.

One is “God-As-Will,” but untethered to reason. This is a God who acts arbitrarily, one whom we must simply obey. Freedom is thus found in unquestioning submission, no matter how irrational the divine command. Another is “God-As-Love,” but without reasonableness. This is a being who, like an irresponsible parent, simply affirms his child’s choices, no matter how foolish or evil such decisions might be. A third possibility is “God-Beyond-Reason.” This produces a narrowed understanding of human reason itself: one that confines our rationality to the verifiable scientific method, and thereby declines to permit it to ponder the bigger questions opened by the intriguing possibility that Divine Reason exists.

If any of these conceptions of God prevails in a culture, we can hardly be surprised that attempts to answer why we make particular choices—moral, political, legal, and economic—become reduced to strongly felt feelings, utilitarian calculations, or, more recently, what the philosopher Tyler Burge calls “neurobabble.” Instead of seeking rational resolution of problems, we increasingly defer to reigning majority opinion, panels of experts, consequentialist rationalizations devised to legitimize all sorts of evil, or some type of force—whether expressed though democratically elected temporary majorities or outright coercion.

Notions of natural law and right reason also become harder to comprehend in these circumstances. After all, if the God who created man is an irrational entity or just another sentimental humanitarian, why should we expect humans to be reasonable? In such conditions, it’s entirely predictable that we find people such as the late Karl Rahner SJ, when pondering the ethics of genetic manipulation, appealing in volume nine of his Theological Investigations to a type of will that he calls a “faith instinct”—one that apparently works outside reason—to resolve moral dilemmas.

The fact that instinct plays a role in human decision-making isn’t exactly a new insight. What makes humans different from animals—and opens up the very possibility of civilization in the first place—is our capacity for natural reason and free choice. These enable us to resist our baser predispositions, to know the good, and then to choose it. Yet it is very challenging for a culture to sustain this specific vision of reason and choice if it conceptualizes God as a Cosmic Will capable of contradicting Himself, a Celestial Teddy Bear whose prime responsibility is to cuddle us, or a Supreme Watchmaker who allows us to discover the mechanics of how things work but doesn’t regard us as worthy of knowing his deeper reasons for creating the world.

The Islamic world is struggling with a particularly virulent God problem. For everyone else, this matters, because while we can protect ourselves to an extent against those who want us to submit to a thoroughly voluntaristic vision of a Deity who acts unreasonably, at some point the cessation of Muslim violence is going to require many Muslims to change their minds about God’s nature. Yet anyone who cares about Western civilization should also remember that no matter how materially prosperous and technologically advanced we become or how much we celebrate concepts such as rule of law, the coherence of these achievements will be increasingly tenuous if our culture-forming institutions—ranging from families and universities to synagogues and churches—continue embracing sentimentalist conceptions of the Divine.

For all the affirmation and apparent comfort it offers, the West’s Age of Feelings could well turn out to be one of the darkest and most anti-civilizational of them all.